Delta Gamma Fraternity was founded on December 25, 1873 at the Lewis School for Girls in Oxford Mississippi. Snowed-in at school over the holidays and unable to go home to their families, our three founders, Anna Boyd Ellington, Mary Comfort Leonard, and Eva Webb Dodd, choose to create their own home in Delta Gamma, an outlet aimed at fostering high ideals of friendship, while promoting intellectual growth and service in the greater community.

Today, this vision has inspired 147 Delta Gamma chapters across the United States and Canada, creating an international community of over 15,000 collegians and approximately 145, 056 alumna.

The Alpha Epsilon chapter of Delta Gamma was first colonized at Washington University in St. Louis on April 27, 1914 and was later recolonized in 1990. In April 2014, we celebrated the 100th anniversary of Alpha Epsilon's founding during our Founder's Day celebration with the Eta Theta Chapter from St. Louis University. It was incredible to be able to meet and mingle with alumnae from as recent as 2013 graduates to those celebrating 50+ years of membership in Delta Gamma. 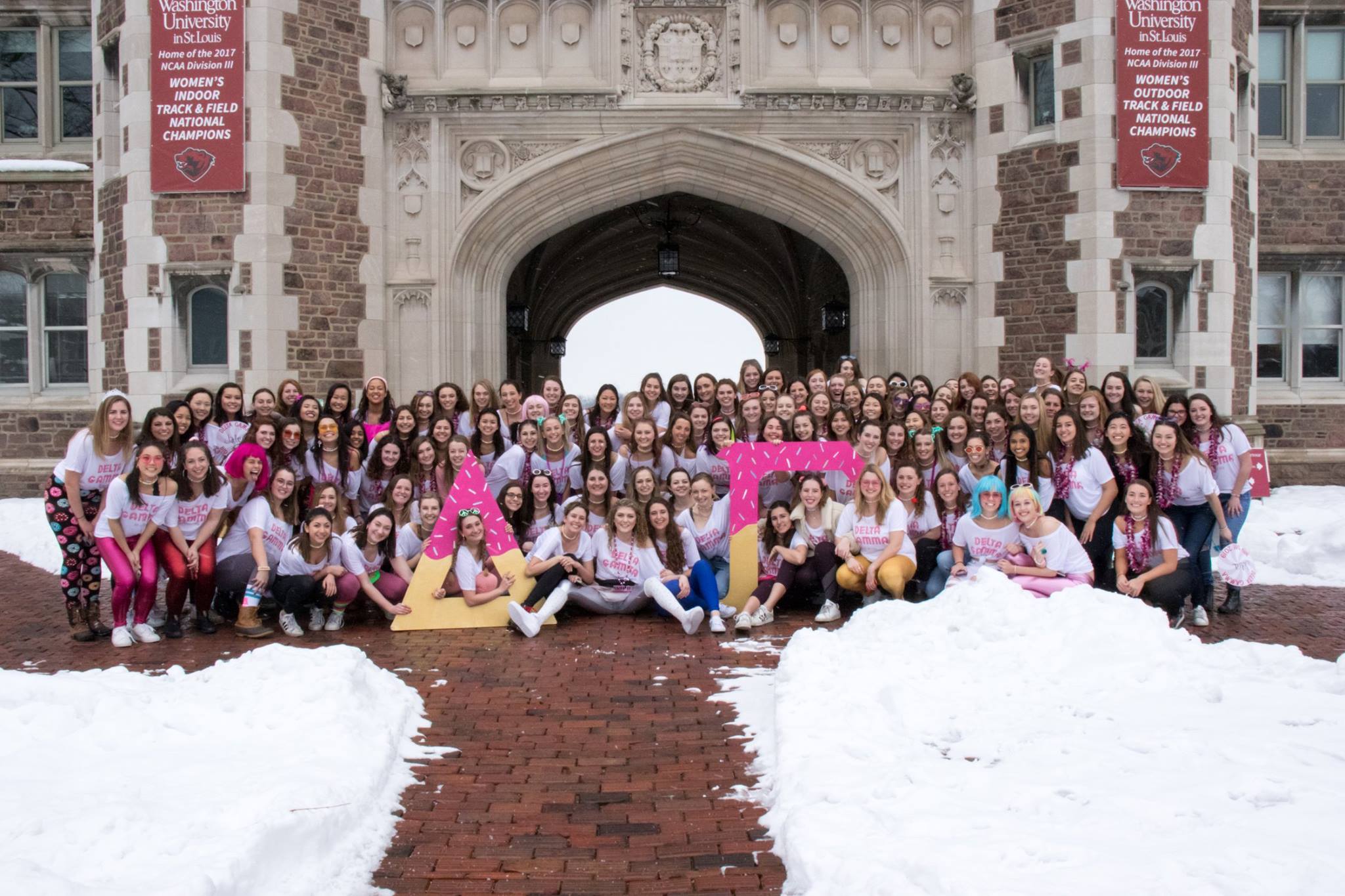